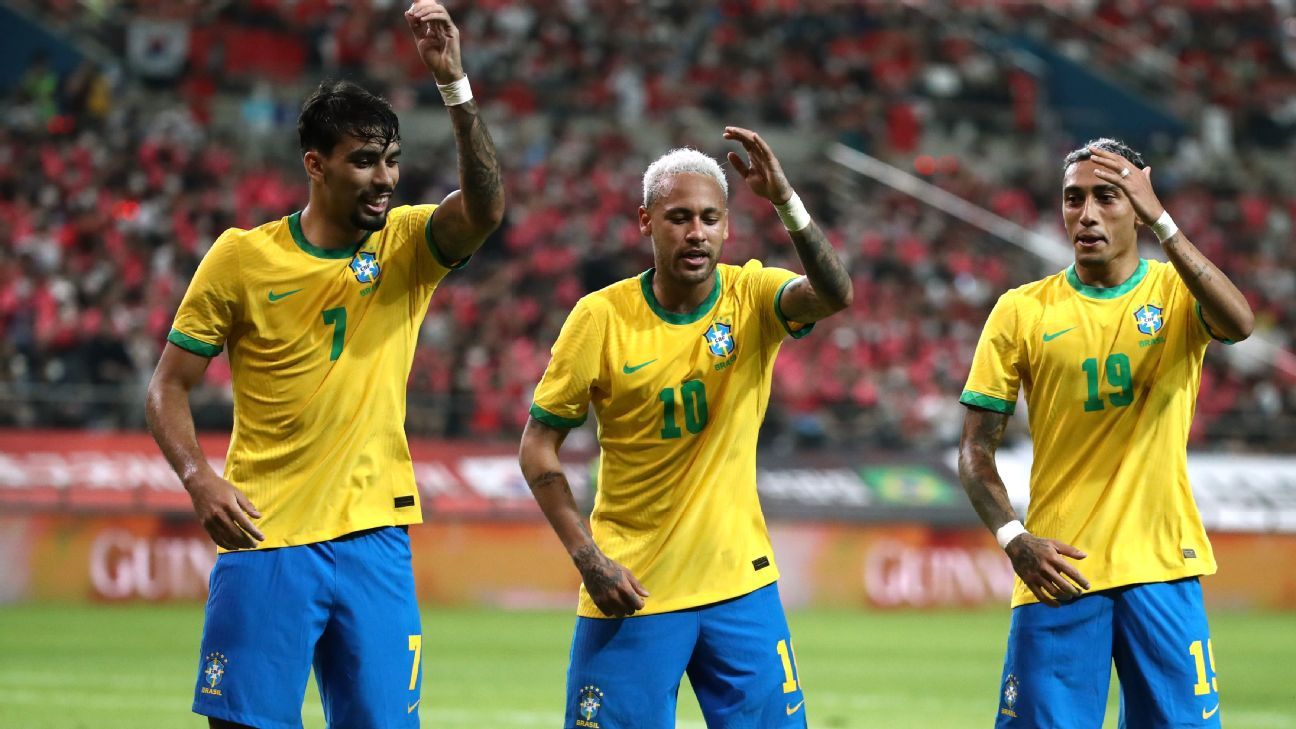 DOHA, Qatar – Brazil have already prepared and rehearsed dances to score goals at the World Cup in Qatar, according to striker Raphinha

The five-time world champions are jubilant ahead of their debut against Serbia on Thursday, and the players are hoping for a lot of dancing.

Brazil brought an attacking-minded side to Qatar, with Raphinha among the nine strikers chosen by coach Tite to try to hand Brazil their first World Cup title in two decades.

Another is Vinicius Junior, who earlier this season was embroiled in controversy over his dancing after his goals for Real Madrid. He and teammate Rodrygo kept dancing despite the criticism in Spain, and had promised the same when they arrived in the national team at the World Cup.

Raphinha and Neymar were among those who publicly showed their support for Vinicius back then.

Striker Richarlison, Brazil’s top scorer this year, said he hoped “goals will come naturally” for him and his team-mates at the World Cup.

“When you wear the No.9 shirt with the Brazilian national team, all you want to do is score goals,” he said. “With these teammates, I’m sure the goals will come.”

The other attackers chosen by Tite were Pedro, Antony, Gabriel Jesus and Gabriel Martinelli

Richarlison, Raphinha and Neymar were set to start against Serbia on Thursday, but there were still doubts over how Tite would organize his attack for the opener. The coach could use either midfielder Lucas Paqueta in a more attacking position or Vinicius up front.

“With Vinicius we gain speed in attack, while with Paqueta we have more control near midfield,” Raphinha added. “But Brazil have the characteristic of always being attacking, no matter who is playing.”

Brazil’s other matches in Group G are against Switzerland and Cameroon.

Brazil are chasing their first World Cup title since 2002, when a team led by Ronaldo beat Germany in the final.

Meanwhile, Richarlison defended Neymar after the Paris Saint-Germain star was criticized for posting a photo with a sixth star on his shorts during the flight to Qatar, referring to a possible sixth World Cup title for Brazilians.