Rangers made the right decision by sacking Giovanni van Bronckhorst. I have said many times before that it is terrible that we are talking about his departure from Ibrox six months after a terrific end to the season with a Europa League final appearance and a Scottish Cup victory.

Having taken over from Steven Gerrard 12 months ago, with little time to implement his ideas on another manager’s team, I found he was doing very well at the start.

And when last season ended with a bang, we went into the new campaign hoping that Van Bronckhorst really stamped his vision on things so we could see exactly what he wanted to do. I would have loved to see him flourish in the profession.

However, it’s only been regression this season, to be honest, and it’s gone too far now. And, in that regard, the Rangers board made the right decision.

All football players and managers have had difficult times when your team can play well but not achieve results.

The problem for Rangers, especially in recent weeks, is that they just haven’t played.

They have dropped points everywhere as Celtic continue to get results and now they are nine points clear on this World Cup break.

And when it comes to Europe this season, Rangers finished statistically with the worst group stage performance ever with zero points and a minus 20 goal difference.

We all know the Champions League is a different animal and my former team was placed in one of the toughest groups you will ever see.

But having played in a European final against Eintracht Frankfurt a few months before, one would expect Rangers to struggle more than them.

It was the most disappointing thing and it wasn’t helped by the manager who said Rangers couldn’t compete and they didn’t have enough financial muscle.

I’ve spoken a few times now questioning Van Bronckhorst’s body language this season and he’s reacted to it, which he has every right to do.

But, to me, if you’re the manager of Rangers Football Club and your body language is like that and your comments are like that, will your players think they have a chance?

When you hear it often enough, you must be thinking, ‘Oh my God, here we go again.’

Then it becomes a massive struggle and that has been the case for Rangers. What they need now is a manager who comes in with a pumped up chest and is ready to go.

The big question now is who will this manager be? And what kind of manager will he be?

I’ve seen candidates mentioned like Kevin Muscat, Michael Beale or a return for Steven Gerrard, and I’ve also read about a Danish coach linked to the job, Bo Svensson, who manages Mainz in the Bundesliga in Germany.

But the thing is, with Rangers, if you look at their history, there haven’t been many successful foreign managers other than Dick Advocaat.

If you look at Paul le Guen and Pedro Caixinha, they were both foreign managers who lasted very few months.

Van Bronckhorst is the third-shortest permanent Rangers manager, but he certainly doesn’t belong in a bracket with Le Guen or Caixinha after the job he did last season, reaching a European final and winning a European Cup. Scotland.

But some would argue that a new manager arriving should know Scottish football or British football and not need to adapt to his new surroundings.

Then when you look across town at what Ange Postecoglou has done, it shows the benefits of having a foreign director.

Also, do you opt for a manager who is used to working with teams that are generally at the bottom of the league?

Or do you try a manager who has won things or is known for a particular style of play?

All of these things need to be taken into account and it will be interesting to see which direction the Rangers table moves in.

They put a lot of pressure on themselves. They put Van Bronckhorst in place a year ago and now they’ve decided to fire him.

No matter who Rangers go with next, there is a bit of luxury in terms of time with the World Cup.

This means that if there is a quick appointment, the new manager has time to work with his team, which is usually not the case mid-season. This is a good thing.

The coming weeks will be exciting. I think the next transfer windows will be among the biggest in Rangers’ long history.

Firstly, there is a transfer window approaching in January which will be tricky as we all know how difficult it is to get top quality mid-season. Nevertheless, this transfer window will be essential.

There have been question marks over Rangers recruitment this summer and their squad is aging with key players like Ryan Kent and Alfredo Morelos also nearing the end of their contracts.

Another reason for Van Bronckhorst’s downfall is that he always seemed to be on the prowl to find his ideal starting XI.

He knew the players better than anyone, but it was strange watching them from the outside as some of the more experienced players weren’t used as much as they had been.

Whether they’re not fit enough or not good enough anymore is another question, but it looks strange from the outside. The new director will have to deal with it immediately.

He will also have to be specific in every signing he makes in the next two transfer windows.

With Rangers already nine points behind Celtic, what would constitute a successful season under the new manager?

For the fans and the club going forward, it’s about giving the new manager the idea that he needs to rejuvenate this team and then giving him the time and the money to do it.

When the Scottish season starts again, the new manager needs to deliver results immediately. The next Old Firm game is at Ibrox on January 2 and it’s one game you don’t want to miss.

It’s a game where Rangers can go head-to-head to see how close they are to Celtic.

Will the new manager be able to show that he is already capable of working wonders or will it take longer?

For this to be considered a good season for Rangers from now on, it is necessary to win some of the upcoming Old Firm games, close the points gap with Celtic and win a cup.

It’s a real shame that Van Bronckhorst’s time as manager of Rangers ended like this, but it’s going to be interesting to see what’s in store for my old club. 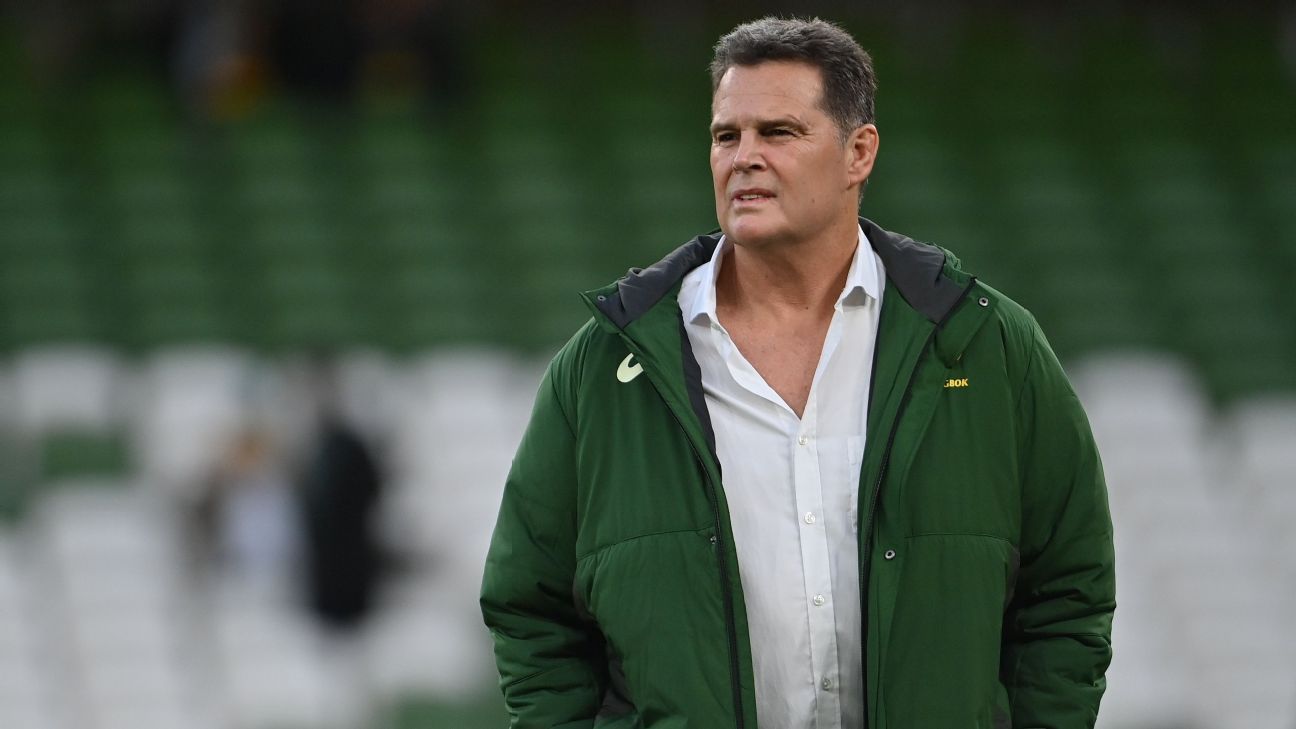 Rassie Erasmus made the Springboks ‘the easy team not to like’, says John Smit