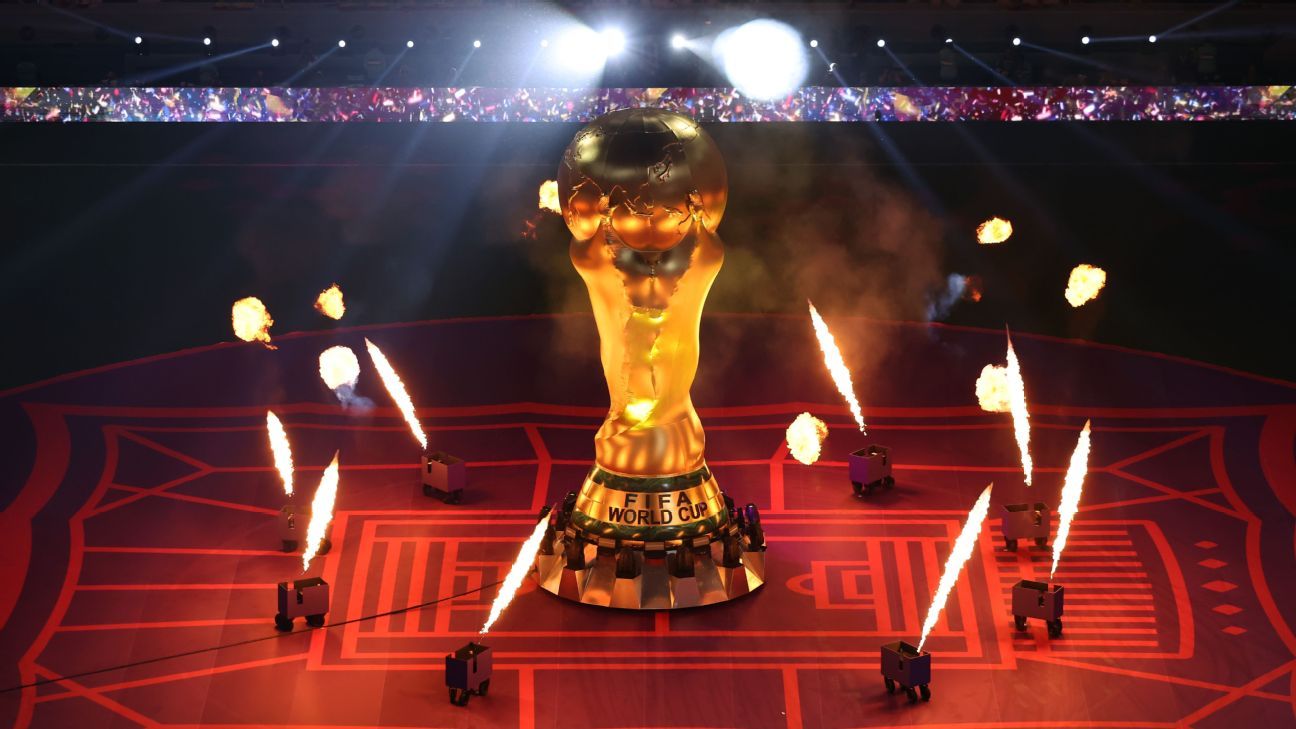 AL KHOR, Qatar — There was a vote on the tainted candidacy. The convoluted date change. The endless (and tragic) construction. Allegations of alarming human rights violations. The fear of LGBTQ fans. Climate is more of a concern in air-conditioned outdoor stadiums. The last-minute flip-flop on beer sales. The FIFA President’s disturbing rant in what was supposed to be his salute.

It has been, in every way, a preamble like no sport has ever seen before, a prologue that could also be its own book. But this bizarre, sometimes Orwellian gathering in the Arabian desert is also the biggest football tournament on the planet. And so, on Sunday evening, the games finally began.

The scene was, like just about everything else here, something familiar wrapped up in something new. Royals and other VIPs arrived to watch Qatar take on Ecuador with an honor guard of camels and horses lining the road. Men in white thobes and women in black abayas paraded through the halls and filled the stands. After much consternation, there was no alcohol sold on site. Announcements in the stadium started, “Your Highnesses, Your Eminences, Ladies and Gentlemen…” and Al Bayt Stadium felt modern inside, but most of its framework will be dismantled and recycled once the tournament is over. finished because it is not necessary.

The fans still screamed. They were still singing. They danced and sang again. There were still giant flags and a massive replica of the World Cup trophy surrounded by a ring of fire on the pitch just before the game started. The drummers still beat a rhythmic beat for hours on the esplanade leading to the gates, and when the Qatari national anthem played, the players still fell back with honor.

The referee’s whistle sounded. The players started running. A roar echoed around the bowl of the stadium as, for the first time, the World Cup came to an Arab country.

“I am proud to be the first player to lead our national team in the World Cup,” said Hassan Al-Haydos, the Qatari striker who now has 170 appearances with his national team. “All my teammates are ready for this tournament.”

This is by far the biggest stage Qatar has played on. They are the second lowest-ranked World Cup hosts of all time, 50th according to FIFA, behind South Africa (ranked 83rd in 2010). And the talent gap showed as Ecuador had a goal ruled out by VAR for a tight offside after just three minutes and netted another from an Enner Valencia penalty just 13 minutes into the game. late in their 2-0 win over the hosts.

Naturally, the local players fell a bit. The section of Qatari fans behind the goal remained unmoved, however, remaining at full throat throughout the first half, wanting their players – whatever the scoreline – to carry on.

An afternoon earlier this week, in the Doha market known as Souq Waqif, two men in traditional dress rode cautiously on horseback among fans and stalls. It was picturesque, a scene of apparent authenticity that included – as happens with horses – a moment when one of the animals was relieving itself, its excrement falling in a heap onto the street.

Suddenly, a man in a gray shirt and blue pants carrying a red plastic shovel appeared out of nowhere. Seconds after hitting the ground, the droppings were swept into his bucket and disappeared again, quickly and efficiently clearing away anything that might spoil the pristine appearance of the market before anyone could notice (or enter). It was impressive. Unfortunately, this global approach has not been as effective in erasing the myriad of other pitfalls linked to the organization of this World Cup.

The list seems endless. Some issues, such as a tournament being stalled in the middle of the club season due to Qatar’s extreme summer temperatures, directly affect players and, potentially, the game. Others relate more to the fan experience: concerns of the LGBTQ community regarding acceptance, for example, or fan villages made up of reused shipping containers, or the years-long promise to ease alcohol restrictions in this conservative Muslim nation that was abruptly canceled in only two days. from.

FIFA President Gianni Infantino has continually positioned his organization as strongly opposed to the idea that there is anything wrong with Qatar or their organization of this event. His introductory press conference on Saturday, which included his suggestion that he knew what it was like to be gay in a country where homosexuality is illegal because as a child he was bullied for having red hair and freckles, was more of an attack than a greeting. Infantino’s main point seemed to be that the history of various atrocities in Europe disqualified anyone in the West from identifying the injustice that might be happening right now.

A day later, during the opening ceremony, the Emir of Qatar, Sheikh Tamim bin Hamad Al Thani, adopted a more conciliatory tone in his welcoming address, echoing the rhetoric of the organizers for years, but a certain uneasiness persisted.

How could he not? Players, coaches and teams have already ignored FIFA’s pre-tournament letter asking that they focus solely on football and instead do what they can to highlight messages of inclusivity and positivity. Several countries, including England, will see their captains wear armbands with the message “One Love” on them. Team USA displayed their federation crest imbued with rainbow imagery at their hotel and training facility. Danish uniform maker Hummel has deliberately designed ‘mitigated’ kits for this tournament with no visible branding as a protest against the alleged mistreatment of migrant workers who are responsible for building much of the infrastructure of the tournament.

“We recognize that Qatar has made progress and there is a ton of progress, but there is still work to be done,” USA coach Gregg Berhalter said. “I think when we’re on the world stage, it’s important to raise awareness of these issues.”

Ecuador’s second goal on Sunday night came after just half an hour, a whipped header from Valencia (who would have had a first hat-trick for VAR) that finished off a smooth opening cross from Ayrton Preciado. Qatar keeper Saad Al-Sheeb had looked furious after the first goal recalled, frustrated after the penalty and deflated as he knocked the ball out of the net for the third time.

It was not the start Qatar wanted, and certainly not the auspicious start it dreamed of. No host has ever lost the opening game of a World Cup, but no host has ever had so little footballing pedigree either. Midway through the second half, with Qatar barely under threat, many fans started to leave and the energy in the stadium plummeted.

Could they still make a surprising run in their home tournament like South Korea did in 2002 or even Russia did four years ago? It is, in the purest sense of the word, possible. But even if they don’t, they will have made history. They have opened a sporting door and widened the reach of a great tournament that has long attached itself rigidly to the places and people it knows.

This World Cup is a dizzying juxtaposition, a bewildering mix of the disconcerting with what could reasonably be called progress.

How is it fair to feel as this unfolds over the next month? What’s the takeaway? There is no right answer, and Sunday’s opener served as a reminder that there is only one thing certain: this World Cup will be unlike anything seen before. .

Zebre Parma 17-45 Glasgow Warriors: Scots get first win away from URC in 11 months